Extroverted and introverted personality are two characteristics that were first described by psychiatrist Carl Jung (1875-1961). He describes introverted as persons who have a rich inner world with a great need for alone time. Extrovert on the other side usually gets their energy from the outer world, they are social and have often problems with being alone. Jung points out in his theory that none of us are either one or the other, but that we all find ourselves somewhere between the two extremes. Personally I am highly sensitive and  introvert, so today I thought I would focus on that end of the scale.

When I think of my childhood, and especially regarding school, I wonder why no one ever asked me how I was doing. And it amazes me how fast I got the tag shy and virtually placed at the back of the class. And I know this is a huge problem for many people. I felt rarely or never seen for who I was, nor did someone ever help me to strengthen my good qualities. Instead it was constantly a huge focus on that I had to change and become more like the extroverts in the class. I felt like my whole identity was “shy”. And I felt that this was more a limitation than a mere characterization. Think of all the hours of teacher/parent conferences they could have saved themselves, for yes, I know I'm quiet.


In my personal experience is that it is an extrovert privilege in the society at large, but that being said, of course it is positive and negative things on both sides. My overall experience with school and work, is that it is in many ways a lot of prejudice against introverted, and it is common that we in school and job situation get tags like lazy, evasive or little engaged. Which in many cases could not have been more wrong. One of many examples of this is a teacher I had in high school that consistently approached me with questions about the subject when he thought I was evasive and didn't pay attention, because I seldom or never raised my hand and I avoided eye contact. Although I almost always replied correct but he never stopped Attacking me in class, it felt like I never could prove myself in his eyes. 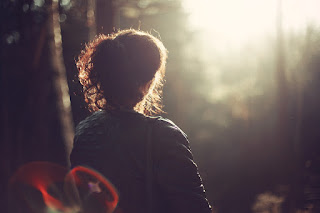 When you are like me, highly sensitive and a sponge for the environment, it hurts every time you hear "you have to be more verbally active." It is more than once I have experienced to get lower marks than those around me with this as reason. Why? Now as an adult I have no problem seeing what a daunting and challenging situation school is for children and adolescents. The performance situation  are difficult for most people. So how can it be that no one gave any expression of this at the time?


I met a former teacher a while after I walked out of secondary school, she told me that she remembered me because they had worked so hard to "lift me up", as she said. And to me that is  extremely weird, because I can't say I've ever felt that kind of support from them. And having said that, why did she think that I needed to be lifted up anyway, lifted up from what?


Today I know about all the wonderful characteristics one has as a highly sensitivit person, and that is perhaps also why I can't understand that society at large doesn't seem to see it the same way. My biggest wish is that all this fantastic children and adults, many of whom I`ve worked with, see their own uniqueness and gets help with growing their own abilities.
Lagt inn av Hjertesamtaler kl. 06:43